WALT: Continue a number pattern by understanding how the pattern was created.

This is my maths for this week. We are learning about patterns. Enjoy!

Task description: This week we have been learning how to use descriptive language in our recounts to add detail. In week five we were lucky enough to go to Rotoroa Island and for our task this week we needed to write a recount. Please check out my recount below.

On a windy, rainy but special Thursday morning I woke up early for the first time! And I knew it was gonna be a special day for me and the year 5 students at Pt England school. Because we are going to…. Rotorua Island! And this time my dad is coming! Even Better. After that me and my dad went to school, after that we both went to the hall and got badges from my teacher with our names on it. After that our principal (Mr Burt) and our Deputy principal (Mrs Nua) made a speech and prayed for a safe trip.

After that we got split into groups and the parent helpers are the leaders. We hopped on a bus and started driving. It took 1 hour! Because of the traffic. When we arrived in the city at the pier they gave us something to put around our neck and give it to the person on the boat to go on the boat. When we got on they gave us some safety tips. And then the boat started. In the middle of the boat ride the people on the boat said we could eat sooo I… Ate my big bag of chips and then me and my dad went outside and looked at the view. We took some pictures, then I went upstairs because I was bored. But then we saw smoke come out of the boat! The person who was driving the boat made an announcement and told everyone about the smoke and to go inside of the boat. My friend came to me and said there was a fifty fifty chance of the boat sinking, but I knew he was lying. We stayed inside of the boat for a couple of minutes, and they fixed it. Shortly after we got to Rotoroa Island!

When we got on the island we saw this little shade place and went inside because it was so hot. When we got inside we all sat down and the instructors of our trip came and explained how it was like working in Rotoroa island. For those who don’t know Rotoroa island was an island with no population, But was founded and used by the Rotoroa island workers to keep birds that are endangered inside the island. So moving on, after they told us about how it is in Rotoroa island we were split into the same groups. We had a walk and followed the workers. When they stopped we ended up in a big shady area. It had like a small museum of Rotoroa island inside. We sat down and had some lunch. After lunch we had another walk but we were split into two groups now. We stopped and looked at some weird poop and it was made out of grass, because the bird who pooped only eats grass, so he pooped out some grass. A girl in my class named Aliana found two different feathers and gave it to the worker. The worker said it was a good catch. After that we went to find some other birds and found so many that I couldn’t even count! We climbed up a mountain with stairs and once we got to the top, me and my dad knew we had to take pictures. We had a little rest at the top of the mountain, the other group came to the top too but we went down to find another and got some special food for it. We went back down the mountain and then the worker went to put some food on the ground and then one of my friends got his camera to take a photo but guess what….. The bird didn’t come OUT!  And we waited so long! And it didn’t come out! Anyway we went to go to the men’s bay and my friend and I got some sticks to make a small windmill, but then a person from my class found a dead penguin and told the worker. The worker came but it started raining bad so we ran to the big shade area with the museum. When we got there everyone was going in the museum, but someone broke something so we got out and then we played a game. Shortly after the game we went back on the boat and it started raining badly again.

When we got on the parents were mostly outside but then when it started raining they went inside. There was an upstairs and I went up. It was a beautiful view so I stayed up there for a little while and went back down and had some food. We got even closer to Auckland until we saw it. We went under a bridge and I was wet as! We said hi to some people on our way. We got onto the shore and got off the boat, we said thank you and we went on a bus. I played some hand games and made some jokes with my friends on our way to school and then ten minutes later we got to school and Me and my dad instantly went home in our car.

It was a really fun day and I learnt so much. I was so happy that my dad came with me to Rotoroa Island. I really hope that I can go back there someday! 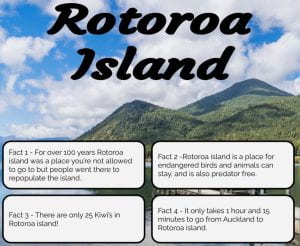 This is my research task for friendship. Enjoy! 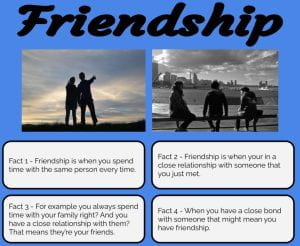 This is my 4 facts about Friendship. Enjoy!

We were learning about proofreading. Enjoy! 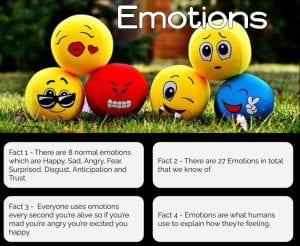 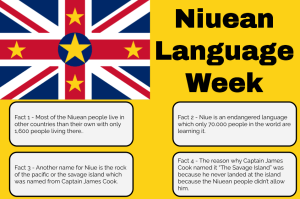 This week is Niuean language week and we’re learning about Niue. This is my 4 facts about Niue, Enjoy! 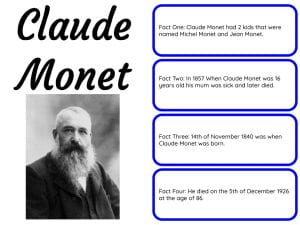 This is my four facts about Claude Monet. Enjoy! 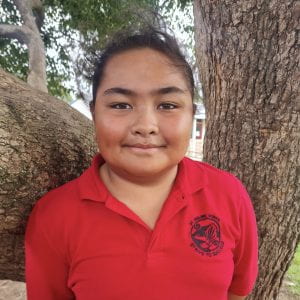